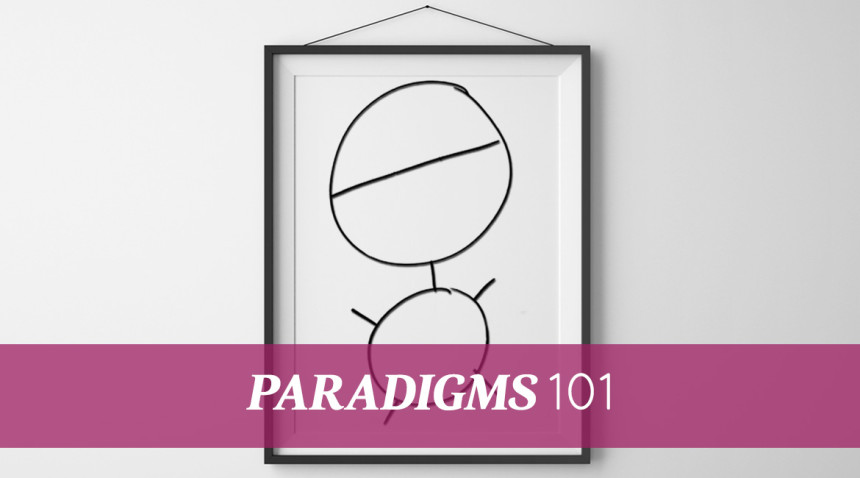 Did you know that, despite their best efforts, more than 90 percent of the population keeps getting the same results, year in and year out? This is as true for students in school as it is for people in business.

If there is an improvement, it’s typically minimal—not nearly enough to make a substantial difference in their lifestyle.

What’s holding these hard-working people back?

What is a paradigm?

When you think about it, virtually all of your behavior is habitual. When you get up in the morning and go to bed at night, you follow a routine. And the way you eat, exercise, work, relax and the time you wake up and go to sleep are all habits.

Now, let’s look at some other aspects of your life that your paradigm has enormous influence over. It controls your…

The paradigm puts a box around each and every one of those areas, and no matter how hard you try, you can’t knock down the walls until you change the mental program.

How is it formed?

Although everyone has a paradigm, most of us don’t create it ourselves. We inherited it through our genetic and environmental conditioning.

You were programmed, for example, by your parent’s and ancestors’ DNA, as well as many of their beliefs—going back for generations.

And that’s not all…

Pretty much everything you were exposed to as a young child also became part of your paradigm.

You see, when you were a child, whatever happened around you went right into your subconscious mind because you had no ability to reject anything. Any ideas that you were exposed to over and over again were like seeds being planted in fertile soil. They took root and became part of the paradigm that controls every aspect of your life.

We’re not taught about paradigms in school. So here we are, 20… 30… 40… 60 years later living the same way we were programmed as little kids.

How to determine what your paradigm is

The best way to identify your paradigm is to look at your current results. So I encourage you to take a few moments to picture your life and consider the following questions …

Answering these and similar questions will help you zero in on your paradigm, and identify what’s controlling the results you are getting in your life.

The good news is if you’re not happy with your results, and you’d like to do better, you can do something about it.

How do you change a paradigm?

You can’t change your paradigm with self-will alone. In fact, there are only two ways to do it.

One is an emotional impact. That is when something hits you so hard that your life will never be the same. It’s usually of a negative nature, but it can also be something that is positive.

The second way is to change the paradigm in the same manner it was formed—through repetition of ideas. It is exposing yourself to a new idea over and over again with the goal of replacing an old belief(s) that is in your subconscious mind.

To get started, consciously choose a new belief that is aligned with the results you want and the habits that will lead you to those results. Then impress that idea—by focusing on it, visualizing it and repeating it with feeling—on your subconscious mind repetitively.

You must also consciously and deliberately replace “bad” habits with good habits. Otherwise, you might form another bad habit to take the old habit’s place.

This information will delight you

Changing just a small part of the old paradigm can make an enormous difference in the results you enjoy in every area of your life.

But, make no mistake. You cannot change your life permanently until you change your paradigm.

Regardless of how many times you might have tried before, you CAN get far better results in your life. However, it’s tough to do without professional help. If you’d like to turn your deepest desires into lasting results, let us help you. It’s what we do best.

Go here to learn more about paradigms and how to change them:

To more and better, 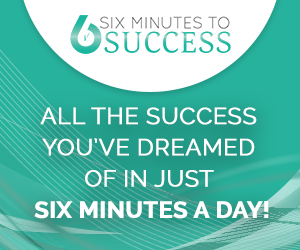